I have decided to get a jump on one of my New Year's Resolutions and I am proud to say that I am now caffeine free. Less filling, great taste, same Frank. I am going to get that trademarked and tattooed on my ass.

But, in all seriousness, I don't have any vices. I am not a smoker. I don't do any drugs (contrary to popular belief), and I am not a big drinker. I have, however, been know to enjoy some tequila on occasion. With mixed results.

This is the "before" Frank- the sweet, lovable fella that you all know and love... 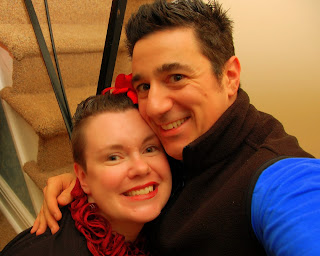 But the bottom line is that I have been a slave to caffeine for many years. We're talking close to a pot if not more a day at the peak of my addiction. It's the point that getting up early in the am to go to the gym is an absolutely slug fest between me and my alarm clock. And as I was laying in bed a few nights ago, these words popped into my head. and I softly whispered them into the stillness of air in my bedroom  Their message was a sledge hammer that brought me to the realization that things need to change. 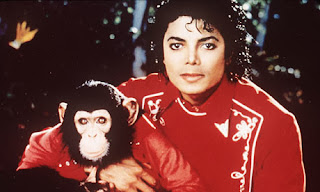 Do I feel better? Yes. Specifically, getting up the last couple of days has been much easier, however, I have yet to test myself by getting up at 4:30 am. That will be the true test.

* Translation: "Has anyone seen my pants?

A new year is upon us, and I sit here pondering what the new year brings, I also need to figure out a goal. And for purposes of context, I am referring to a goal as in a race, event, etc.

I am torn. My interests lie deep, and there lies the challenge. I am a runner, but at my heart, I am a dirty, filthy, hairy-legged, half-man/ half beast mud eating mountain biker. As such, there is a yearning in my heart to get back into the mountain bike racing game. As always, the challenge that I have is scheduling. Race timing sucks up most of my weekends.

If you had to pin me down today and force me to admit which path I would choose, I would choose mountain biking. And that's purely from the viewpoint of logic. Follow me on this...

It's nearly the first of the year, so let's call it January for all practical purposes. A typical marathon training plan is 16 weeks and that's assuming that one has a good base of running going into the training - a base that I do not have. Taking two months off from running really puts a hurting on one's fitness. I took a crap yesterday and broke into a sweat. That's how bad things have gotten. Or maybe it was the chinese food I had the night before.

So doing the math, a good base for me would take about a month to build up. So that puts me into February. Add four months to that and the earliest I could be taking swing at a spring marathon would be the end of May - maybe mid May if I really hustled.

The point is that I am light-years away from cobbling together any sort of meaningful attempt at a Spring endurance run. Most marathons occur between March and May. Would have been in better shape had I not taken the last two months off? No doubt. But I needed that time off. As a matter of fact I tried to get on a treadmill yesterday and I managed a half mile before I jumped off. I couldnt do it. The minute I stepped on the damn thing, I felt sick. I am spoiled. I did way to many miles outside this year to the extent that a treadmill is like a horror story.


Long term, I still want to bang out an ultra or two this year. I think I am going to make an effort to run the 20in24 solo this year as a Lone Ranger, and I would love to do the Labor Pains 50k again.

Frank
I'll try anything once, twice if it doesn't kill me the first time